How to Promote Your Brand on Discord 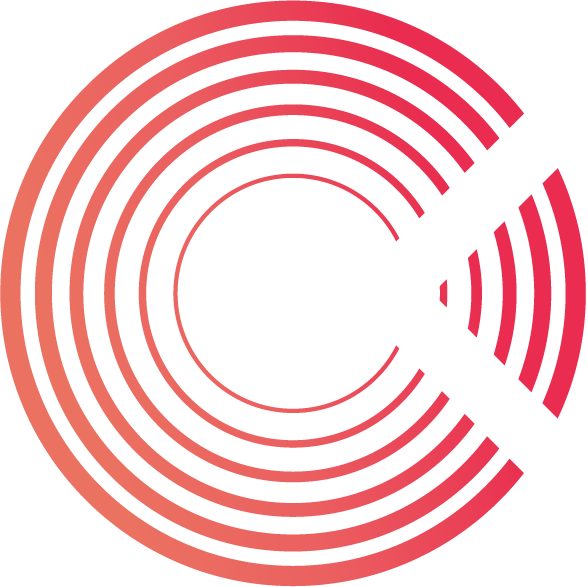 Discord is a social platform initially designed for gamers that have been taking the internet by storm. In the past few years, Discord has grown from a niche gaming app to one of the most popular communication platforms on the web. Thanks to its user-friendly design, wide range of features, and commitment to security, Discord has become a go-to chat app for millions worldwide.

As a marketer, it's important to know the latest trends and platforms to reach your target audience. And when it comes to video game marketing, you should be where the gamers are. With 300 million registered users, the Discord app presents an effective avenue to launch your campaign. But Discord marketing is different from other social media marketing strategies, and what works on platforms like Facebook, YouTube, Twitch and TikTok will not work for Discord.

In this article, we’ll look at what Discord is, why it’s so popular, how it differs from other social media platforms, and how you can successfully launch a marketing campaign on the app.

Discord is a free voice and text chat app that lets users communicate with each other in real time. Unlike other chat apps like Skype or WhatsApp, Discord was designed for gamers and allowed them to quickly join or create servers based on their favorite games.

The app has many features that make it stand out from its competitors.

One of the main reasons for Discord's popularity is its simple design and user-friendly interface. Creating an account on Discord only takes a few seconds, and users can quickly join or create servers with just a few clicks.

Discord runs on multiple decentralized servers created by its users. These servers can have as many as millions or as few as a couple of members. Members can talk about different topics, often categorized into text or video channels.

When users join a server, they must agree to server rules or risk being banned by moderators. Servers are often private and can only be entered through a unique link. However, you can also find public servers through the Discover page.

In addition to voice and text chat, the Discord app offers video chat, file sharing, server moderation tools, and more. There's even an option to join server-specific Community hubs where users can share GIFs, memes, and other media.

Server bots are also a massive draw for Discord because they can be used to automate repetitive tasks like welcoming new members, reminding members of server rules, and banning disobedient members.

In an era where data breaches are becoming increasingly common, security is more important than ever. Fortunately, Discord takes security seriously and offers two-factor authentication and server backups to keep users' data safe. The platform also doesn’t ask for a lot of personal information, and users are always in control of their data at every given time.

Unlike other social media platforms that run ads to earn revenues, Discord earns from optional paid subscriptions. They have Nitro plans which allow users to access personalization features, better bandwidth, exclusive stickers, and other perks. While the Discord app is mainly free, customizations are limited, and users who want to customize their servers or profiles need a monthly subscription.

Discord has been around since 2015 and was initially a Skype competitor. To stand out, it targeted gamers but has expanded its market in recent years. This expansion accounts for the growth it has experienced, as shown by the following stats.

In 2017, Discord only had 45 million monthly users. This figure grew to 100 million during the pandemic and increased by 50% the following year. As for registered users, there are 350 million registered users on the platform. This broad adoption is because Discord is available on several platforms, including Windows, macOS, iOS, Android, Linux, and every major web browser.

Discord users send more than 25 billion messages monthly and spend 280.6 minutes per month using the app. Users are actively engaged on their Discord Servers, and about 5% of US teenagers consider it a better social app than TikTok or Snapchat. Fourteen percent of gamers watch their favorite live streams on Discord. This shows the vast potential of Discord to engage its audience and become a full-blown social networking app.

In 2020, it was just 13.5 million weekly active servers. By 2021, this number rose to 19 million. There are 929 verified servers used by official business communities, high-profile individuals, and brands. Discord dedicates 15% of its staff to monitoring servers and moderating communities to prevent hate speech, bullying, and terrorism.

Discord’s rising popularity comes with good financial values. Crunchbase estimates $482 million total in funding from 12 funding rounds. In 2020, Discord was valued at $7 billion, but this grew to $15 billion by 2021. Discord is a free app that has struggled with a clear monetization model, but its 2020 revenues rose to $130 million from $45 million the previous year since introducing paid Nitro packages in 2017.

Discord’s impressive stats and highly active Gen Z user base make it an exciting platform for marketers looking to promote their brands. The platform differs from other social media apps, so it needs a different marketing approach. However, the rewards are excellent for those who properly learn to do Discord marketing.

How to Effectively Leverage Discord for Video Game Marketing

Discord marketing is all about building a robust community that aims to serve users’ needs. On other social media platforms, your posts are consumed by the world, whether they are your target audience or not. On Discord, you have to accept that you are talking to a smaller number of customers that willfully joined your server. They may be few, but they are highly engaged.

Create a dedicated server about your brand and organize it into channels, topics, and categories. Create server roles to organize members. A brand-owned server helps control your messaging and gather fans in one place. To achieve longevity, create a strategic plan for how you will constantly engage your server members, even if it means making content that’s not strictly brand-related.

Engage your audience using valuable content like sneak peeks, exclusive content, and special discounts. Don’t just hype your game or next release. Talk to customers about it and the process behind the development. Discord can also be used to run video game PR by letting your fanbase know your game’s latest updates.

Support your customers by directly answering concerns and listening to feedback. Discord allows you to send a private message to a member, and you can use this to solve their challenges.

Host live events like exclusive access interviews or ask-me-anything sessions with game developers and players. You can even host game nights where you can live stream an actual game.

Join other servers and promote within them. Just make sure that these servers allow advertising. You can also interact with the members to build rapport and advertise your server or game. You can also do influencer marketing in Discord, especially those who run massive servers with your target market. You can partner with them to host exclusive drops related to your game.

Market your game further by joining Discord’s Partner Program. The program allows you to personalize your server with a branded banner, customized URL, an invite splash, and a special badge. Having your brand all over your Discord server makes it appear professional and seamless with your other online platforms.

Since Discord hosted an Agency night, brands have slowly started embracing the platform for their marketing campaigns. Here are some examples of how brands are successfully using Discord.

Gaming brands are the pioneers in harnessing the power of Discord marketing. Since players were already creating Discord servers to help them play the games better, it was just a matter of time before gaming brands created dedicated servers.

One of the biggest and most popular Discord game servers today is Genshin Impact Official. It has 1 million members and an average of 340,000 active members at any time. Having a worldwide audience, the server supports multiple languages and has extensive channels dedicated to players across the globe. It also has tons of helpful resources and a support channel for players. Part of the game’s allure is that fans like to cosplay as the characters, and there’s a channel dedicated to showcasing their talent.

If you’re a non-gaming brand that wants to engage new audiences, Discord is the perfect place to be, just like Samsung, which created a dedicated server aimed at two key audiences: Web3 fans and gamers. The brand created separate channels for them and designed targeted digital experiences that included virtual wearables and branded NFTs. The server debuted with 100,000 members and remained one of the popular communities under Science and Tech.

Even non-gaming marketers can run campaigns on Discord to attract their target audience. The mechanics are slightly different, but the premise remains the same. Focus on quality content relevant to your target audience. For Chipotle, that meant educating the Gen Z market about their competitive working conditions. Facing labor shortage and restrictions in in-person career fairs, Chipotle launched a Virtual Discord Career Fair event. It still involved creating a server, but that server was decommissioned after the event.

During the event, Chipotle’s HR staff were present to answer Gen Z’s questions about company culture, career paths, and compensation. To boost engagement, the brand ran live events like a Guacamole cooking class, launched custom Discord emojis, and hosted live chats with past and present crews. The campaign helped position Chipotle as a workplace leader and resulted in a 77% week-over-week increase in job applications.

Discord is an emerging social media platform popular with Gen Z, especially gamers. While the app has expanded to cater to other industries, the core users are still primarily gamers who come together to connect over their favorite games.

As a video game marketer, Discord is an essential tool in your marketing arsenal. You can’t afford to miss it when launching video game marketing campaigns, especially if you want to promote the new version of your game. There may already be unofficial Discord channels connected to your game.

The mechanics for using Discord as a marketing tool may differ, but the core principle is still the same: connect with your audience and build meaningful relationships. With this goal in mind, there’s no doubt that you can conquer Discord marketing and use it for your brand’s success.

How to Work with Macro-Influencers to Promote Your Game

How to Ethically Advertise a Video Game to Younger Audience

Get the latest influencer insights straight to your inbox

Thank you! Your submission has been received!
Oops! Something went wrong while submitting the form.