How To Make Your Video Game Viral Using TikTok 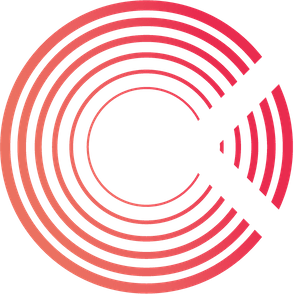 The late 20th century (early 1980s) marked the beginning of the popularization of video games, particularly arcades. Since then, it has advanced into one of the most popular forms of entertainment. The video game industry has progressed from arcades to consoles, computers, mobile devices, etc.

Marketing video games has also shifted from its traditional strategy with the advent of the internet. Online platforms like Twitch, YouTube, and TikTok have modernized how video games are promoted. On a special note, TikTok has paved the way for developers to promote their video games to younger demographics.

According to TikTok, more than half of the platform users watch video game-related content. That is equivalent to an estimated value greater than 325 million monthly users worldwide. To add, a Newzoo survey reveals that 49% of mobile gamers are also active in TikTok.

With these opportunities, the question is, how can you make your video game viral on TikTok? What are the ways to stand out in the highly-competitive world of video game marketing? Let's find out.

If you have browsed TikTok, you noticed that many popular influencers and content creators are gamers. TikTok Influencer marketing has proven to be extremely effective in promoting video games because it gives developers a direct line to their target audience.

For example, Call of Duty has worked with popular influencers such as Nicki Manaj, Pete Davidson, and Lil Baby for their Modern Warfare 2 marketing strategy. The company earned a whopping 2.9 million views for its TikTok sponsored video. This significant influencer impact and months of hype resulted into a massive commercial success.

@callofduty ☝️ SQUAD UP! 💥 RUN IT BACK!  Get ready to deploy into #MWII ♬ original sound - Call of Duty

Posting various gameplay is another TikTok marketing strategy that is cost-effective and easy to employ. The idea behind this is that you can show different aspects of your game and highlight different features of it. This will help people better understand what they are getting into when they play your game.

For instance, let's take a look at these three PlayerUnknown'sBattleground TikTok accounts. If you browse each account's content, you'll see that @pubg (Official PUBG: BATTLEGROUNDS) focuses on video content related to PUBG events and patch reports. On the other hand, @pubgmobile (PUBG MOBILE) focuses on mobile-related promotions and some mobile gameplay.

Lastly, @pubg.esports.official (PUBG Esports) published pro-player interactions and gameplay videos. It can be noted that this account has the highest number of short videos and boasts the most successful campaigns.

Let's discuss some types of gameplay and game content that you can add to your TikTok video marketing strategy.

Highlights are short clips that show exciting moments during a pro gameplay or tournament. They often include the match's best shots, kills, or comebacks. Highlights also showcase a pro player's skills or a team's coordination and teamwork.

Tips and tricks are gameplay advice from a pro player or a casual gamer on how to be better at the game. Tips can be very helpful for new players to learn the game. Tricks, however, are complex maneuvers that, when done correctly, give players excitement or a game advantage.

When such a video gets on a gamer’s feed, it might strike their curiosity and make them download your game to try the tricks you share.

What could possibly go viral other than a meme, right? Memes videos are a collection of unlucky moments leading to epic fails, unfortunate deaths, or accidental defeats. They can also involve footage of pro players or casual gamers doing clumsy things.

3. Use Trending Music in your Videos

According to a recent Kantar study shared by TikTok, 88% of users prefer to watch content with music. If new music or audio is getting a lot of attention, use that to your advantage. The key is to stay on top of trends and appear on people's FYP. Keeping in trend while promoting your video game is vital to pique the curiosity of your target audience.

Live streams are usually live-action gameplays, but they can also be commentary from a pro player or caster. They're a great way to show off your game in action.

To go live on TikTok, you have to meet the following requirements:

Of course, you will also need a reliable internet connection. It won't help if you have an amazing game, but it lags so much that the audience can't watch your stream properly. Testing your webcam and microphone before going live is also a good idea.

If you are new to video marketing, the 3-second rule business world is the notion that you only have three seconds to make an impression or express your brand to your audience. It is the same for your video game marketing. Your video should be captivating enough to keep viewers engaged from the start until the end of your video.

You need to ensure that you get your point across in three seconds, or else, chances are that users will swipe up and move on to the next video.

UGC or User Generated Content is content that is created by the audience for the audience. It is usually created by the users, not the company or influencer. It can be in the form of photos and videos of gameplay or other creative ways that fans interact with your video game.

Reposting UGC from your fans is a great way to show them some love and also promote your video game. For example, TikTok user @rauxer has created content cosplaying the character Roadhog which Overwatch reposted on their official page. Overwatch's reposted video received 2.4 million views with 4000 comments, and the original video earned 2.1 million views with 16,000 comments.

To successfully market your video game on TikTok, you must leverage the benefits of using hashtags. Hashtags are a way to group your content together and make it easier for users to find your video game. You can use hashtags like #fyp #foryou, which will help you get discovered by more TikTok users.

Fortnite is utilizing the hashtag #fortnite to create a challenge around gamers to upload their special tricks or levels and share them within the community. It has become a success, with millions of videos uploaded using the hashtag.

As a game developer or publisher, promoting your video game is essential to achieving success. With the rise of social platforms, including TikTok, the opportunity to market your video game has become more accessible. However, you need to have a solid video game marketing strategy and understand the gaming industry's trends.

In this article, we've shared several ways to promote your video game on TikTok, including collaborating with influencers, uploading gameplay, live streaming, and reposting user-generated content. Additionally, to optimize your gaming video content, it is best practice to add trendy music to your video, remember the 3-second rule, and utilize hashtags.

With these tips, you can build a community around your video game and eventually make it viral. These factors are just the tip of the iceberg. The key to greatness is commitment and consistency. Research continuously, monitor your campaign performance, and evaluate the best strategy to make your video game viral and successful.

How to Work with Macro-Influencers to Promote Your Game

How to Ethically Advertise a Video Game to Younger Audience

Get the latest influencer insights straight to your inbox

Thank you! Your submission has been received!
Oops! Something went wrong while submitting the form.